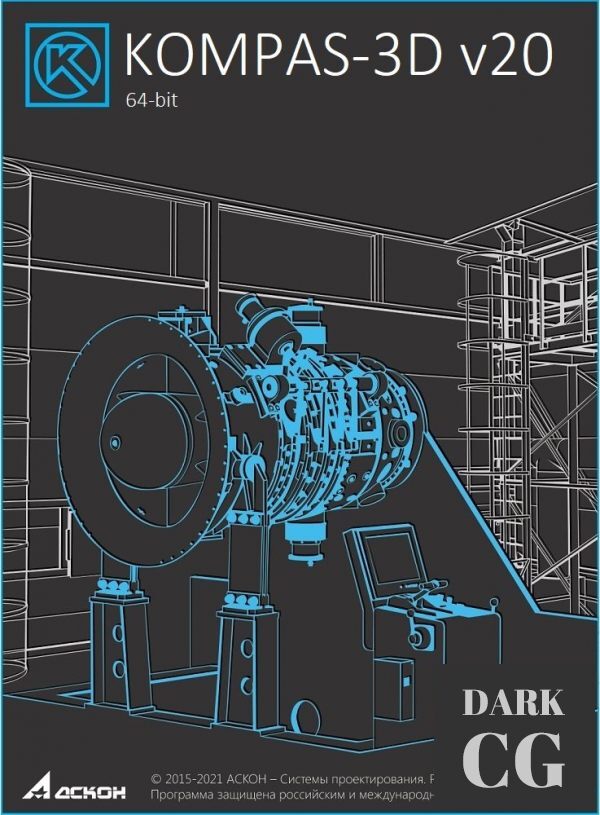 KOMPAS-3D is a three-dimensional modeling system that has become the standard for thousands of enterprises, thanks to the successful combination of ease of learning and ease of work with powerful functional capabilities of solid and surface modeling, which solve all basic user problems.

The key feature of the product is the use of its own mathematical kernel and parametric technologies developed by ASCON specialists.

The main components of KOMPAS-3D are the three-dimensional solid modeling system itself, the universal computer-aided design system KOMPAS-Graphic and the specification design module. All of them are easy to learn, have a Russian-language interface and a help system.

The basic functionality of the system includes
-developed tools for 3D modeling, including the ability to build various types of surfaces

-a mechanism for partial loading of components and special optimization methods to ensure work with complex projects, including tens of thousands of subassemblies, parts and standard products

-functionality for modeling parts from sheet material – commands for creating a sheet body, bends, holes, louvers, beads, stampings and cuts in a sheet body, closing corners, etc., as well as performing a scan of the resulting sheet body (including forming an associative scan drawing )

-special features that facilitate the construction of casting molds – casting slopes, parting lines, cavities in the shape of a part (including the setting of shrinkage)

-built-in reports on product composition, including custom attributes the ability to set dimensions and designations in three-dimensional models (support for the standard GOST 2.052-2006 “ESKD. Electronic model of the product”)