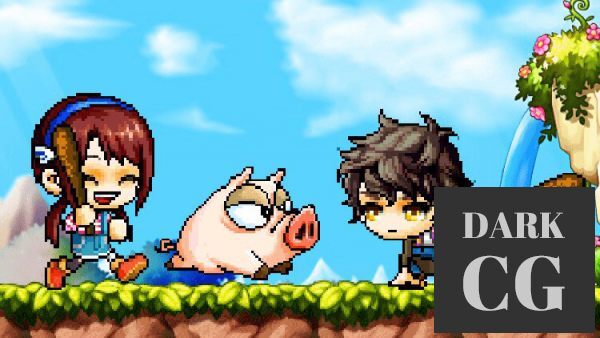 Requirements
A computer capable of running Unreal Engine 5
No programming experience needed. You will learn everything you need to know.

Whether you are a beginning game developer, programmer, artist or designer, Unreal Engine 5 offers you everything you need being one of the most popular and widely used game engines by professionals.

Jump right into game creation with its key feature: Unreal Engine 5 blueprints. Program a full game without writing a single line of code. No experience needed!

Have fun while learning quickly as we create an Unreal Engine 5 multiplayer 2D RPG platformer. You will see how easy it is to get started and how fast you can create your own games. Use the same tools AAA studios use in their blueprint projects. Everything is free.

By the end of this course, you will have created and coded an Unreal Engine 5 multiplayer 2D RPG platformer with easy and in-depth follow along videos. You will be able to apply the same tools and systems to 3D games too!

This course covers everything you need to know to start developing games, including

Character animation using Sprites & Flipbooks (for both player and enemy)

Unreal Engine health and damage system (for both player and enemy)

Climbing mechanics for ropes and ladders

Useful resources (that will ease your game development process)

I will also provide you with the finished project so that you can inspect it as you wish while following the course.

Learn the best game development practice from a published developer.

My name is Moustafa, and I am the director and developer of Farmtale on Steam made only with Unreal Engine Blueprints. With years of experience making games and teaching, I will be here for you every step of the way. There are many ways to develop and code games, some better than others. I will show you different optimization tools and tips to achieve game-ready performance.

See you in lesson 1!